Tell us a bit about yourself? Where were you born? Grow up? What job do you do now? Before? 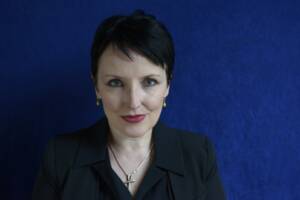 I was born in London, and until the age of 12 lived in Gospel Oak near Hampstead. My mother inherited a house in Dundalk, on the Irish border and that’s why my family moved back to Ireland. The plan, initially, had been to sell up and either go back to London or to Dublin, where my mother was from. But eventually she and my father decided to stay in Dundalk, I think, because the schools were good. My sisters and I went to an all-girls convent, which was partly a converted 14th century castle in which we were taught art and music, so I think my mother was enchanted by that, as was I.

When I was 15, I joined an electronic band, which became quite famous in Ireland for being the first electronic outfit in the country. We won a few awards and recently reformed! At that age I equated being in a band with being a poet – and I suppose that was my first act of “creative independence”. When I left school I got a place at Trinity College, Dublin to study English and Public Administration but didn’t take it up. Instead, I went to London and worked for a music magazine, first as receptionist then as editorial assistant and then as contributing journalist. The magazine folded after a few years. I continued to freelance as a writer and began to study dance and drama in the evenings. When I was 23 I got a place at Middlesex University on a modular English and Philosophy degree course but after my second year changed all my modules to contemporary dance and drama subjects. I graduated with a First. At the same time as studying for my degree, I studied at the Lee Strasberg Institute in Central London. I adored Method acting and used to be called “Pinter woman” by one of my teachers as I seemed to take to Pinter like a duck to water. By the time I graduated from Middlesex, I’d also studied at Lee Strasberg for three years. It was like studying for two degrees simultaneously. I also acted, performing with a brilliant group of actors, many of them graduates of the Lee Strasberg Institute, in plays at the Springfield Tavern in North London. I played Lady Macbeth aged 25 in a production of Macbeth which transferred to the Lyric Hammersmith.

After graduating, I continued to pursue acting and for a while also devised physical theatre projects using my own written text. It hadn’t dawned on me yet to write plays, though I was always scribbling. I was accepted onto the Directors’ Course at the National Theatre Studio and that year the Old Vic asked the graduating directors if they would like to stage a reading of a new work. I had written the bones of a play called The Mushroom Pickers, so responded  to this call out for staged readings with my own play. The producer, Kate Pakenham, saw this and, suitably impressed,  arranged for The Mushroom Pickers to be read on the main stage of the Old Vic, the performance of which my now agent, Charlotte Knight of the Knight Hall Agency, attended. Thus begun an intense ten-year period of writing, in which I also completed my MPhil in Creative Writing at Trinity College, Dublin. During this time I decided I’d like to move back to Ireland and so that’s where I now live.

How did you get into theatre?

I’ve been fascinated by theatre since I was a child. My mother often took me to shows in the West End. I also attended summer workshops as a child at Drama Centre in North West London which was quite close to where we lived. My sister and I had puppets, and we would give shows on a table outside our house. This makes me sound very extrovert but I wasn’t at all. If there’s a word for someone who is between introvert and extrovert that’s me.

What is the name of your latest play and what inspired it?

The name of my latest play is The Naturalists. Though it was written before my plays Leopoldville and Belfast Girls, in 2009. It was inspired simply by seeing an abandoned shop with the name “Sloane” on the title, outside Newbliss in Monaghan (Ireland) where the play is set. I wondered what must have happened to the people who had run the shop. Then I remembered two brothers that used to live near where my father is from, in Sligo. These two were always together and never married and I thought I would base my story on them. Of course, then I had to invent the reason as to why the shop had been abandoned. 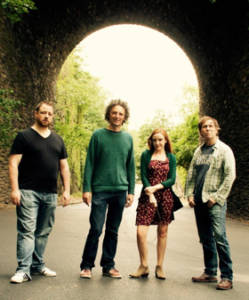 What’s the first hook that gets a new play started for you? Is it an image, a theme, a character?

This varies. In the case of The Naturalists – the first pulse was an image. That abandoned shop. In the case of Belfast Girls, I was exploring a theme – women and Famine. In the case of Leopoldville it was character. I’d written a short story called The Congo about a violent crime committed by a gang of young men, and because I could not get the characters out of my head – I wrote Leopoldville.

Tell us about your lead characters?

In The Naturalists, the central character of Francis is a former bombmaker. He’s the “mastermind” behind the notorious Narrow Water bombings – and is an entirely fictional character, as no one, in fact, was ever charged for this crime. In Francis, I wanted to create a character with a past that was particularly complicated. I wanted the character to have done something so dark that he could barely forgive himself for it – mainly, because I wanted to see how a broken human being can come back to a moral stature of some kind, is able to reset his moral compass. I also wanted to look at what such a crime does to the immediate family of the perpetrator (and not the victim in this instance) – and how, through the forces of nature and love, he and his brother Billy (whose family had once owned a thriving shop …) find their way back to some semblance of normality.

All the characters in the play are emotionally disfigured in some way, and all via the environment of the play, find a way towards harmony. The harmony they find is not religious – but something that awakens within them, is in tune with nature, whereby the three main characters, Billy, Josie and Francis eventually develop a healing relationship “where all is shared”.

What else have you written? Is this play a departure from your other work?

I’ve written several plays, a debut collection of short stories (The Scattering, shortlisted for the Edge Hill Prize, published by Seren Books), many award-winning poems and other stories.

The Naturalists is not really a departure. I’ve written many stories, plays and short stories, set on the Irish border. I just find this area fascinating, set between two identities etc. I often think this is because I’m like that myself; I live in Ireland but have spent much of my life in London and have a London accent. It confuses a lot of people!

Why a play? Rather than fiction.

I also write fiction. Why a play? Good question. The seed of the idea seems to tell you the form it should take. I can start a short story sometimes and not have a clue where I’m going with it, which is part of the joy of fiction, but plays are closer to poetry – you need more of an idea of the tale you want to tell, otherwise the characters won’t speak, and like poems, plays are often “puzzles” that you need to work out. They often only unlock their secrets by the 100th draft.

How do you write? Do you have a special place or routine? 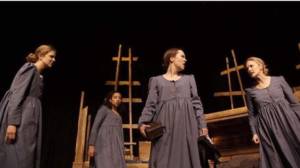 When I’m working on something very new I will usually do some research for a few months (in the case of Belfast Girls I researched for six months) then I will sit down to write and will aim for three pages a day. I will often do more but rarely less. I keep the bar low! When it’s time to rewrite and edit – I usually spend six or seven hours a day at that. I haven’t had a chance to write anything brand new in several months.

I work at my desk at home, though often go to libraries. Libraries and cafes are my favourite places to write.

What were you like at school? Were you good at English?

I’m afraid I was a complete swat at school and very good at English. I won prizes from an early age and still have those prizes (which were usually books). I have been blessed with incredible English teachers, in London and when I went to school in Ireland and then at both Middlesex and Trinity College Dublin. I studied with Brendan Kennelly, Ian Duhig, Anne Devlin and Gerald Dawe at Trinity, who were all amazing.

What are you working on now?

I’m working on a screenplay adaptation of Belfast Girls, a second collection of short stories, a novel and a new play about Eleanor Marx.

What are you reading now?

I’m reading This Side of Paradise by F. Scott Fitzgerald, his first novel. I love Fitzgerald.

What is your favourite play of all time? 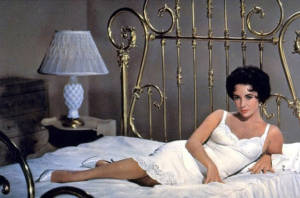 I am a big fan of American playwrights. I love Sam Shepard in particular, and Eugene O’Neil. I would say my favourite play of all time is Long Day’s Journey into Night. I think I admire O’Neil so much because I can detect in the writing the fused Irish/American identities and I can relate to that because of my own background. I also love his emotional openness and the fact that there is something biographical in many of his plays. They ring true and have stood the test of time so well. I also love and Shakespeare’s Anthony and Cleopatra. Both have lines that I love and remember and often refer to.

Who are some current playwrights you follow and think should get more attention?

I really like the American playwright, Annie Baker. I think she’s fantastic. I also love Edward Bond – his plays are rich and deeply political and are woefully under performed in the UK and Ireland. I’m also a fan of the Irish playwright Tom Murphy, who died recently. Seeing his Whistle in the Dark at the Royal Court many years ago was a game-changer for me. I like Polly Stenham’s work a lot, too, and I loved Carol Ann Duffy’s Everyman at the National a few years ago. Duffy started out writing plays and I wish she’d write more.

With regards to drama writing generally, I love Genet, his theatricality and love of ritual, and I’m a huge fan of the writings of Artaud. I’m also passionate about the Greeks and consider The Trojan Women, directed by Andrei Serban, which I saw in Edinburgh in 1992 as the greatest piece of theatre I’ve ever seen.

What advice would you give to aspiring playwrights?

Read a lot, write a lot, go see a lot of theatre.