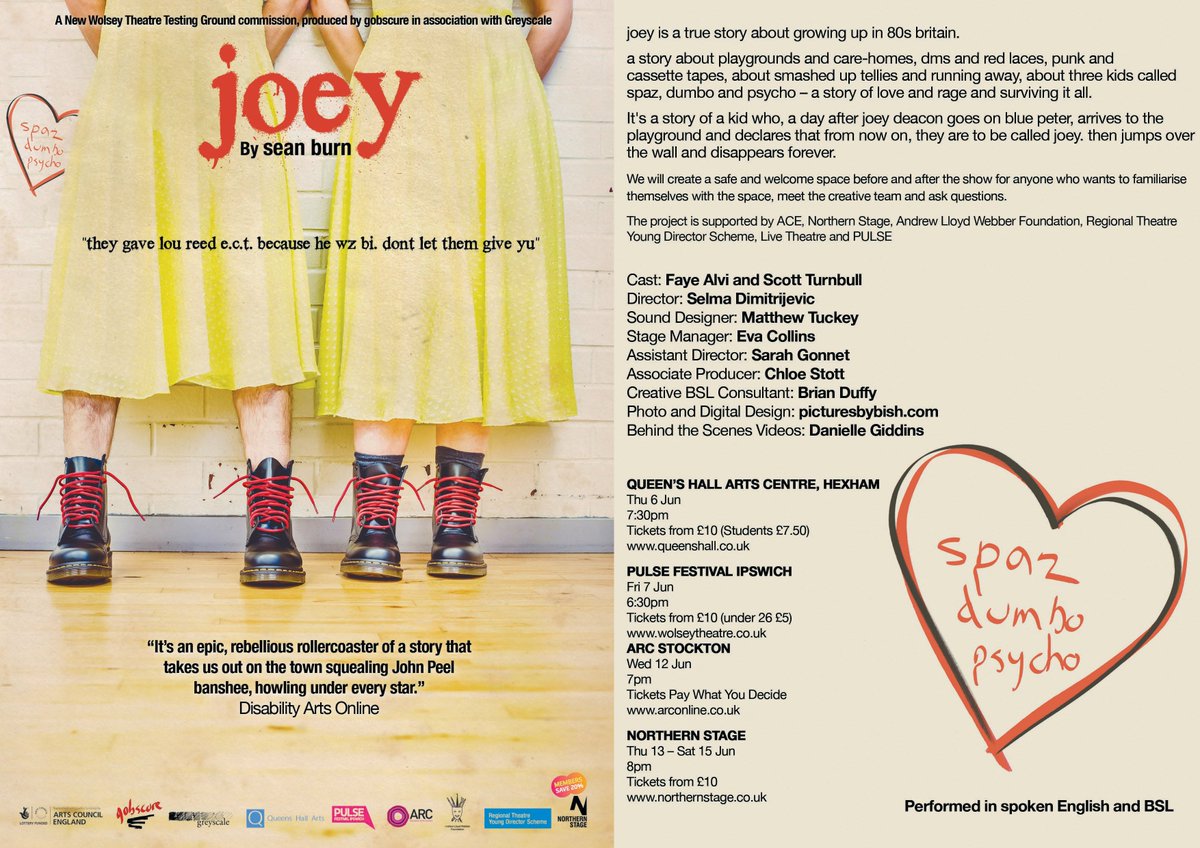 joey is a new play by sean burn touring in June 2019 (see dates and venues below), and we have published the accompanying playtext.

A true story about growing up in 80s Britain.

A story about playgrounds and care-homes, DMs and red laces, punk and cassette tapes, about smashed up tellies and running away, about three kids called spaz, dumbo and psycho – a story of love and rage and surviving it all.

It’s a story of a kid who, a day after Joey Deacon goes on Blue Peter, arrives to the playground and declares that from now on, they are to be called Joey. Then jumps over the wall and disappears forever.

Written by sean burn, performed in English and British Sign Language, and produced by gobscure in association with Greyscale.