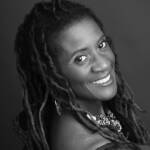 She has edited anthologies of work by writers of African descent in drama, poetry and fiction and has published and broadcast her own creative work including a poetry collection, Irki (2013). She received a research and development grant from Arts Council England and a Society of Authors Award to research her second collection, The Modern Pan-Africanists Journey 2022. She co-authored with Joan Anim Addo and Deirdre Osborne, This is the Canon: 50 Books to Decolonize Your Bookshelf (Quercus, 2021).

Kadija co-founded the Mboka Festival of Arts, Culture and Sport in The Gambia and is currently developing AfriPoeTree, a Selective Interactive Video of Poetry and Pan-African history for which she received Arts Council England funding. She was an AHRC Techne funded doctoral student. Her thesis on Black British Publishing and Pan-Africanism will be published by Africa World Press. She also has a Research Fellowship from the School of Advanced Studies, London University. She is a Kennedy Center Fellow in Performing Arts Management and a Kluge Fellow (The Library of Congress).

In 2020 she received an MBE for services to Literature and an Honorary Fellowship from Goldsmiths, University of London.