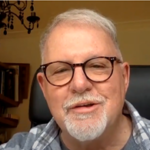 Ralph Brookfield trained as a molecular physicist, worked as a freelance writer and software engineer, ran his own software business then became a director of technology in the digital television industry until 2012. Since then, he has pursued his passions of writing and music  which he combines in his songwriting, playing regularly with his band in the Ealing area, the crucible of RnB music in the UK, where he also manages and promotes grassroots music.

He is married, has two grown-up children, and is a founder member of the infamous Hanwell Ukulele Group.